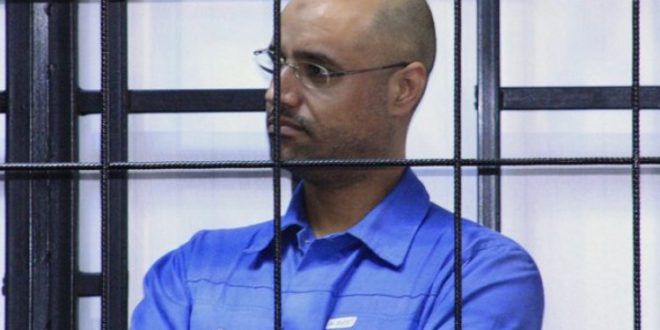 Authorities in Lebanon, on Tuesday, issued arrest warrants in absentia for ten Libyan defendants in the case of the disappearance of Shia cleric Moussa Al-Sadr and his two companions Mohammed Yaacoub and Journalist Abbas Badr.

According to the Lebanese National News Agency (NNA), Judicial Investigator Judge Zaher Hamadeh issued the arrest warrants for son of slain Gaddafi, Saif Islam Gaddafi and nine other Libyan nationals including former spy chief Abdullah Sanussi, for their role in the disappearance of Al-Sadr.

Abdullah Sanussi is detained in the Libyan capital of Tripoli for crimes he committed against Libyans in 2011 uprising and during Gaddafi rule.

The arrest warrants are being forwarded to INTERPOL for dissemination and implementation, NNA reported.

The brother of Saif Al-Islam, Hannibal, has been detained in Lebanon since his abduction from Syria in 2015.

International Relations and Cooperation
All
2019-07-25
asaeid
Previous UNHCR: 150 people may have died in shipwreck off Libya
Next Hundreds of Sudan militia fighters deployed to Haftar’s Libya offensive