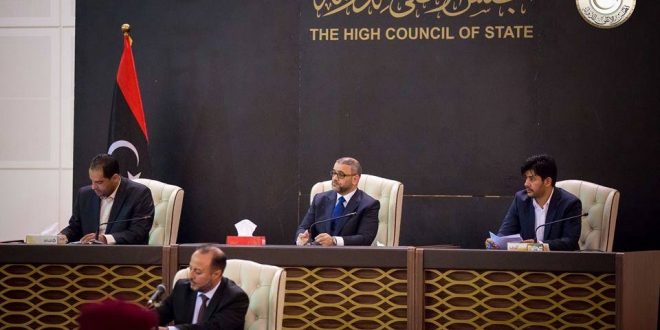 Libya’s High Council of State yesterday condemned recent airstrikes carried out by the troops loyal to the retired Libyan General Khalifa Haftar, which had targeted a field hospital and left five doctors dead.

“The International silence on Haftar war crimes encourages him to continue his violations,” the state council said in a statement.

Slamming Haftar forces’ repeated targeting of hospitals and civilian facilities, the Libyan council called on the United Nations (UN) Security Council “to take a clear and strong position against Haftar’s aggressions, which it said was leading to “continuous killing and displacement of civilians.”

The High Council also urged the Libyan internationally-recognised Government of National Accord (GNA) “to continue to provide all necessary support to those affected by the continuous military aggressions.”

Haftar forces launched an offensive to take control of Tripoli nearly three months ago. More than 1,000 Libyans have been killed, and over 5,000 others have been wounded since the start of the military campaign, according to the World Health Organisation (WHO).

Libya had remained beset by turmoil since 2011 when a NATO-backed uprising led to the ouster and death of long-serving President Muammar Gaddafi after more than four decades in power.

Since then, the country’s stark political divisions have yielded two rival seats of power – one in Tobruk led by Haftar, and the UN-recognized one in Tripoli – and a host of heavily-armed militia groups.