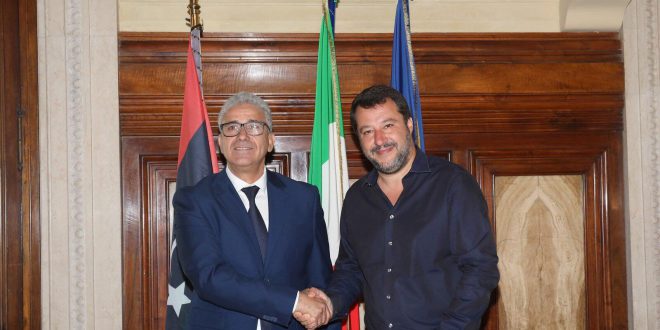 The media office of Libyan Interior Ministry said Salvini hailed the efforts of the Government of National Accord to repel the aggression launched by Haftar and his militia groups against Tripoli.

He stressed that the attack on the capital must stop and that the countries that intervene in the Libyan file must halt this intervention for the stability of Libya.

He added that his government would do its best to put pressure on the EU countries to stop the attack on Tripoli.

“The Italian government would take tougher stances during the next meeting of EU countries to put an end to this aggression against the Libyan capital,” Salvini told Bashagha, according to the same media office.

For his part, Bashagha said the Government of National Accord supports dialogue and does not reject it, explaining that Khalifa Haftar does not represent eastern Libya.