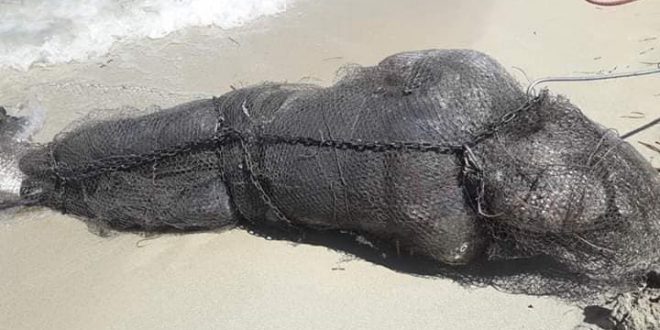 A dead man was found on the seashore at Al-Barani Beach, southwest of Benghazi, on Wednesday, local sources reported.

The dead man is wrapped in chains and was found with signs of gunshots to the chest.

The sources said the dead body belongs to a man called Ahmed Al-Kwafi, who was abducted two days earlier.

Benghazi has descended into chaos and lawlessness.

A policeman was also killed by an armed group, just a day before Al-Barani Beach crime.

Earlier, gunmen loyal to the eastern warlord Khalifa Haftar abducted lawmaker Siham Sirghewa from her house and took her to an unknown destination. Her fate is still unknown with some reports say she was brutally beaten by the kidnappers.