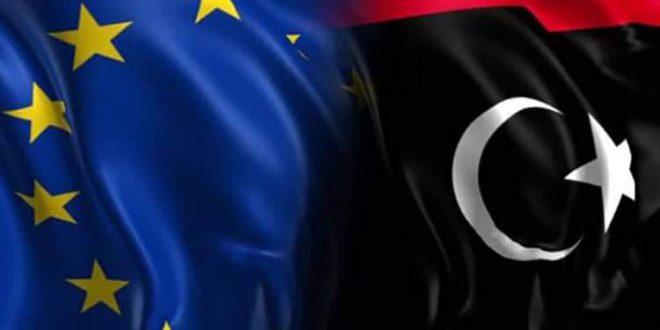 The EU delegation to Libya issued a statement for its spokesperson saying the airstrike in Libya’s Murzuq had claimed the lives of civilians in southern Libya, a region that is already paying a heavy price for the inability of the warring parties to end the crisis.

The EU condemned the airstrike and said indiscriminate attacks on densely populated residential areas may amount to war crimes and must cease immediately.

“High Representative and Vice-President Mogherini stated on behalf of the EU on 2 August, those committing war crimes and those breaching International Humanitarian Law must be brought to justice and held to account.” The statement explained.

The EU said it expects all Libyans to support the United Nations Special Representative’s attempts to relaunch political negotiations and implement a truce on the occasion of the Eid al-Adha.

Over 43 people have been killed and 60 others injured as Khalifa Haftar’s warplanes air raided a wedding in Murzuq in southern Libya.