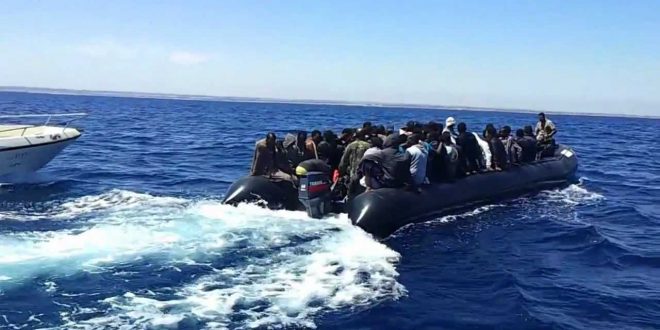 Tunisia’s defence ministry said Monday it had prevented 53 Ivorian and Sudanese citizens from illegally entering the country, a move condemned by NGOs as a violation of rights.

On Sunday, two groups – 33 Ivorians and 20 Sudanese – arriving from Libya by land were arrested by military units in the southern border area of Medenine and sent back to Libyan territory, the defence ministry said.

The units asked the groups to enter via official border crossings, the ministry said in a statement.

But on a video shared on Sunday on social media, the apparent migrants – who include women and children – say that they have been abandoned in the desert by the Tunisian authorities without food or water.

“We don’t know what to do… we need help,” one of them said, describing his group as Ivorian.

AFP was not able to verify the video, which was reposted by the Tunisian Forum for Economic and Social Rights.

In a joint statement, that NGO and other rights groups decried a “violation of migrants’ rights”.

The statement said 36 – rather than 33 – Ivorians had been intercepted, including 11 women and three babies, who were “abandoned in a tough climate”.

The NGOs requested on Sunday that the Tunisian authorities allow the “migrants to enter urgently into Tunisian territory so that they can be taken care of by humanitarian organisations”.

A July report by the Tunisian Forum for Economic and Social Rights said that the number of asylum-seekers arriving via land borders more than doubled in the first half of 2019.

Many were sub-Saharan Africans arriving through Libya.

“The aim of the majority of them is to leave (Tunisia) towards Europe by sea, while some have left Libya fleeing the security situation,” the report said.

Libya has been mired in chaos since a NATO-backed uprising that toppled and killed dictator Moamer Ghadaffi in 2011, with a multitude of militias vying for control of the oil-rich country.

International Relations and CooperationTrafficking and Migration
All
2019-08-05
asaeid
Previous EU condemns airstrike that killed 43 in Libya’s Murzuq, says it amounts to war crime
Next Security Council calls for ceasefire and return to political process in Libya