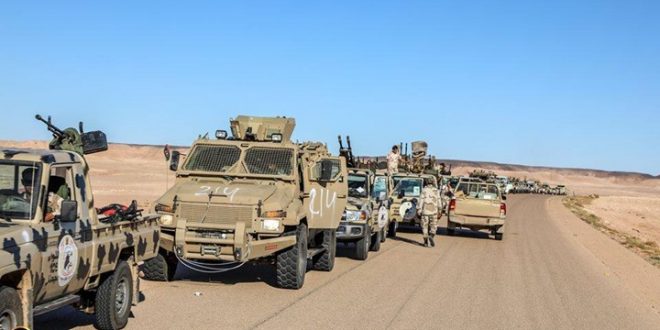 An official in the Libyan National Army (LNA) revealed yesterday that Turkish intelligence is operating within the capital Tripoli in order to support the interim Government of National Accord (GNA) which is officially recognised by the United Nations (UN).

The official, Khaled Al-Mahjoub, told the Arabic-language newspaper Asharq Al-Awsat that Turkish military advisers and agents were directing pro-GNA militias in the conflict between the two rival parties. He claimed that the presence of the Turkish intelligence itself is a form of espionage by the Muslim Brotherhood, stating that “Even Turkish President Recep Tayyip Erdogan speaks about Libya from the perspective of the Brotherhood, not as the head of the Turkish state.”

Al-Mahjoub also stressed that “The ‘Turkish Brotherhood’ and all of its might does not concern us as we have a long history of jihad against colonialism.”

Throughout the conflict in Libya between the LNA under Field Marshall-turned-warlord Khalifa Haftar and the UN-recognised GNA under Prime Minister Fayez Al-Sarraj, Turkey has supported and backed the GNA through the use of logistical supplies and military cooperation.

After Haftar launched the ongoing assault on Tripoli earlier this year, the Libyan government sought help from Turkey in May and activated former military agreements between the two nations. Since then, the GNA has been receiving hardware and military supplies from Turkey in its fight against the LNA, and in June the interim government said that Haftar’s constant threats against Turkey were a “declaration of war”.

Al-Mahjoub continued to insist that “It is not in the interests of the Turkish people to antagonise the Libyan people and support extremists and militias in Libya…We will soon end this farce and the control of militias over Tripoli.”

Over the course of the conflict in Libya following the death of its former dictator Muammar Gaddafi in 2011, the LNA has been supported by Saudi Arabia, the United Arab Emirates (UAE) and Egypt primarily, while the GNA and its legitimacy have been backed by Turkey, Qatar and much of the international community.