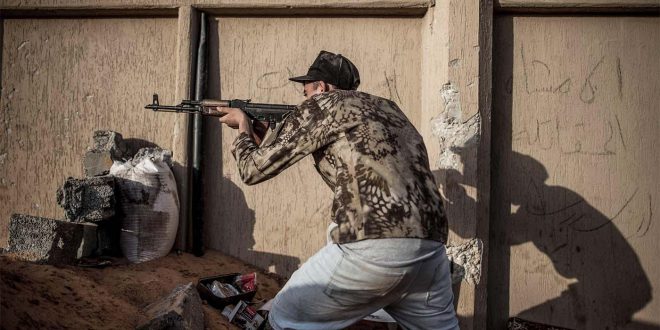 Libya’s internationally recognised government has allocated 40 million Libyan dinars ($28.5 million) for its defence ministry, it said on Tuesday, stepping up spending to fend off an eastern offensive as the war enters a fifth month.

The government also granted each of its soldiers 3,000 dinars as a reward for fighting the eastern-based Libyan National Army (LNA) force of Khalifa Haftar, which started in April a campaign to take Tripoli in western Libya.

Authorities gave no details on the military spending. They had in April budgeted up to 2 billion dinars ($1.43 billion) to cover medical treatment for the wounded, aid for displaced people and other “emergency” war costs.

The government has since received combat drones and trucks from Turkey to match the build-up of the LNA, which enjoys backing from Egypt and the United Arab Emirates, diplomats say.

The LNA has been unable to breach Tripoli’s southern defences and lost in July its main forward base in Gharyan. The frontlines have not changed in recent weeks but both sides have stepped up air strikes.

The government did not say how it plans to fund the defence spending.

The budget of war-torn Libya is based on oil and gas revenues and almost entirely used to pay for public salaries, armed groups and fuel subsidies, leaving little money for roads, schools or hospitals.

The LNA offensive has scuppered U.N. plans to hold a national conference to stabilise a country in trouble since the ousting of Muammar Gaddafi in 2011 and prepare elections.

Diplomats say there is no appetite from both sides to hold a ceasefire. Haftar is allied to a parallel government in the east.