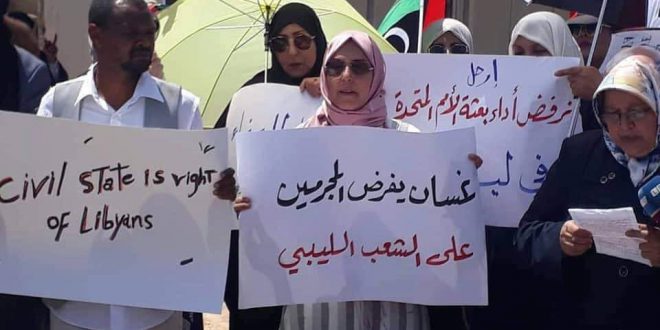 A number of Libyan citizens held a protest on Wednesday, in front of the UN mission’s HQ in Janzour district, west of Tripoli, to demand the expulsion of the UN envoy to Libya, Ghassan Salame.

Activists had called for a protest to demand the expulsion of Salame, especially after what they called the deliberate fallacies contained in his recent briefing to the UN Security Council.