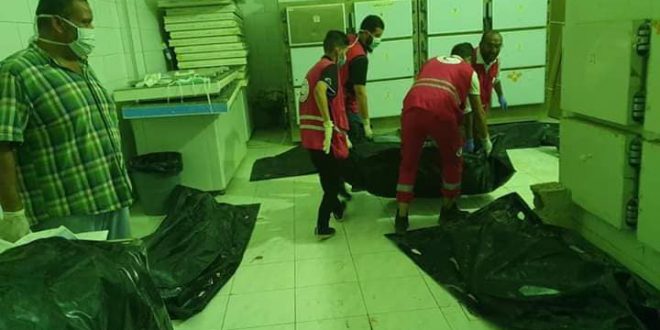 The General Staff condemned in a statement the crime that said was a violation of all laws, including Islamic Sharia law.

“We blame the attacking forces’ commanders for the crime of killing those people and torturing them, saying the forensic evidence showed the bestiality of the ones who tortured them and then killed them.” The statement reads.

The General Staff confirmed that the torture tools used by Khalifa Haftar’s forces hadn’t stopped since the start of their Dignity Operation in 2014, saying their crimes are not different from ISIS killings of the innocent in Sirte.

The Libyan Red Crescent received last week 12 bodies, including civilians, who were captured by Haftar’s forces after being brutally tortured (removing genitals and cutting hands) and then killed in detention places by Al-Kani militias of Tarhouna.