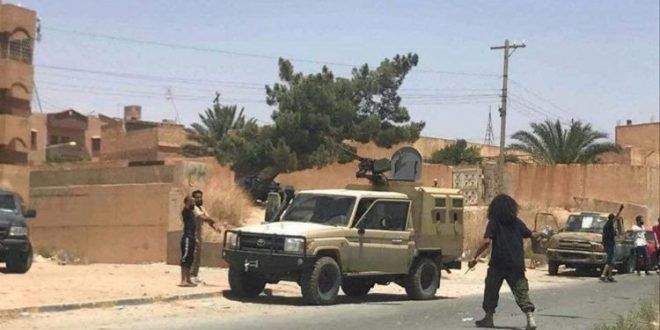 Heavy airstrikes have been rocking the suburbs of Gharyan city since the dawn of Monday, reportedly by UAE drones backing up Khalifa Haftar’s forces, paving the way for ground forces of Khalifa Haftar to advance on Gharyan city.

The city’s center is still under the control of Government of National Accord forces as Haftar’s forces are clashing with them on the outskirts towns of Ghout Al-Reeh and Magharba.

Gharyan was captured in a deal with local forces by Haftar’s forces in April as he used it as control room for operations in southern Tripoli, but lost it after two months of the fighting in less than 24 hours when GNA forces launched a lightening attack on his forces.