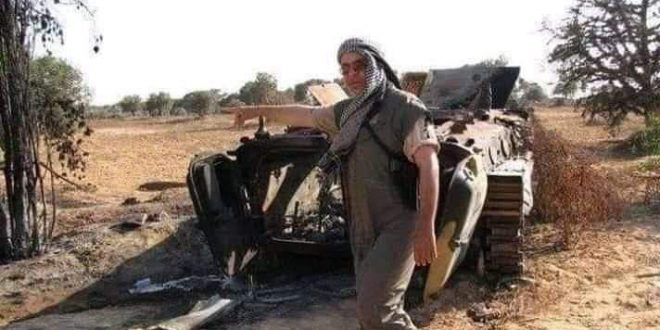 Haftar’s forces have announced an award of 5 million Libyan dinars for anyone who kills or arrests the commander of Liwaa Al-Sumood Salah Badi .

The Western Operations Room of Khalifa Haftar’s forces issued a pamphlet explaining the awards that included the commander of Brigade 301 of Burkan Al-Ghadab Operation (Volcano of Rage) Abdelsalam Al-Zoubi who is in Gharyan.

Badi led a military backup force to Gharyan on Monday to foil the attack of Haftar’s forces.

The forces under the command of the Government of National Accord managed to thwart Haftar’s forces advance on Gharyan and seized control of all briefly Haftar-held suburbs up to Jandouba Bridge near Asabaa town.

The Air Force of GNA carried out in the meantime several airstrikes on Haftar’s forces and the ground forces managed to capture the commander of Haftar’s Gharyan Operations Room Fawzi Buharara.