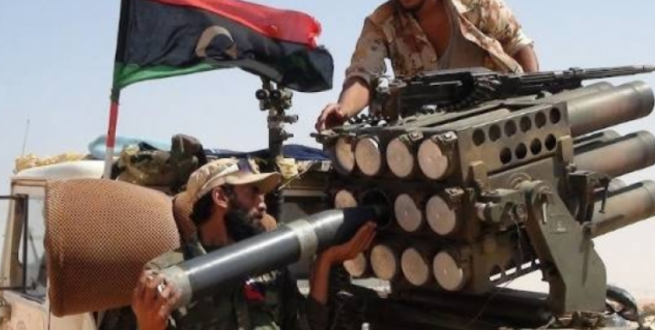 Omar told the German news agency that between six and eight people had been killed in airstrikes on eastern part of the town – Anti-Desertification Project – near the meteorology building where many houses are located.

“Murzuq is under the command of the Presidential Council’s government in Tripoli. It has been hit by four airstrikes in the last two weeks alone, without casualties.” Omar added.

“90 civilians were killed and over 200 others injured in the latest clashes in Murzuq. Over 16.000 people were displaced to nearby towns.” UN humanitarian coordinator’s office has reported.

It added that 1300 people have been displaced from Murzuq to Al-Jufra and Benghazi due to the recent fighting.