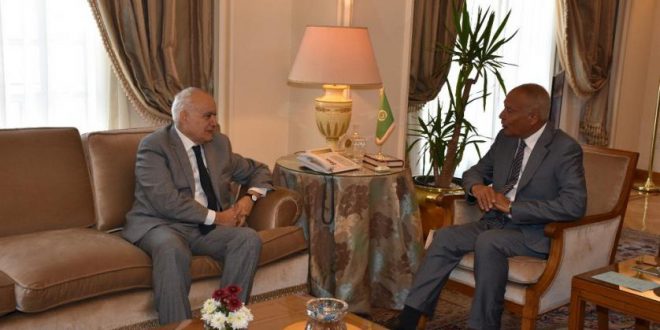 The Arab League Secretary General Ahmed Abul Gheit and United Nations envoy in Libya Ghassan Salame discussed in Cairo on Monday the latest political and security conditions in Libya and efforts for stopping the ongoing fight around the capital Tripoli.

The Secretary General stressed the importance of field deescalation efforts that pave the way for a permanent ceasefire in Libya.

Salame and Abu Gheit also confirmed that only a political solution, rather than a military one, could solve the conflict in Libya.

Salame, who is in a tour to seek regional and international consensus to support the political process in the Arab-African country, underlined that the Arab League should be part of the political settlement of the Libyan crisis and should play a more engaging role in solving conflict in Libya.