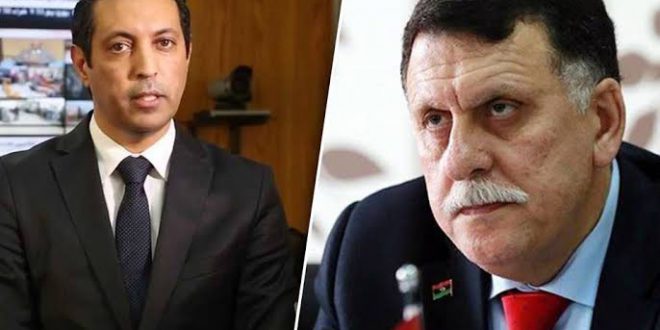 The Head of the Libyan Presidential Council and Prime Minister of the Government of National Accord Fayez Al-Sirraj has issued an order appointing a number of new Libyan ambassadors to different countries around the world.

The eleven new appointments included a controversial one as Al-Sirraj appointed his current political adviser Taher Al-Sunni as the new ambassador to the United Nations to replace Al-Mahdi Al-Majirbi.

This new reshuffle of diplomatic missions of Libya comes at a time when the whole country, including the capital, is at war.