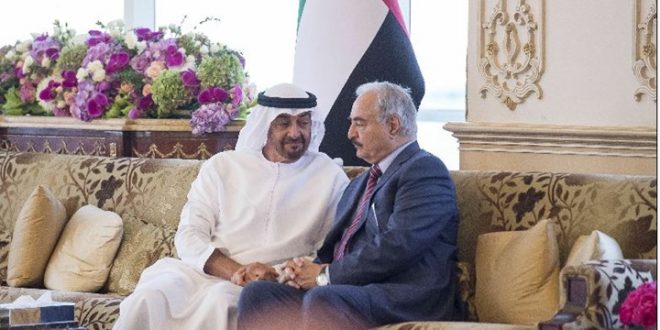 The Lebanese newspaper Al-Akhbar reported that the Tabu tribesmen in Libya have rejected a financial offer from the UAE in exchange for closing the file of the aerial bombing of Murzuq town, which resulted in the killing of scores of civilians last August.

The UAE’s offer, which was rejected by the Tabu, was part of a five-item agreement presented to them in Abu Dhabi, in the presence of Haftar’s spokesman, Ahmed Al-Mismari, according to the newspaper.

The agreement required the Tabu to recognize Haftar’s leadership and to withdraw the international lawsuit filed for the investigation of the August massacre carried out by Haftar drones.