Home / Normal / One person killed, 12 injured in indiscriminate shelling on mourners in Benghazi 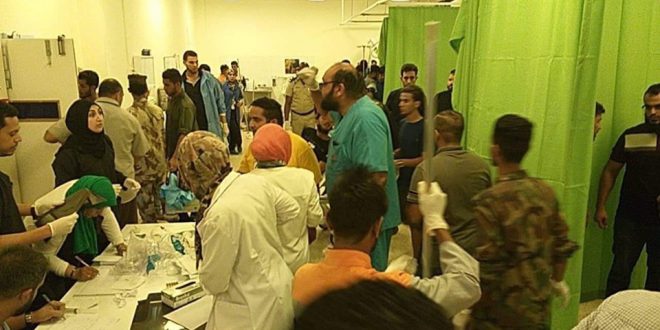 One person killed, 12 injured in indiscriminate shelling on mourners in Benghazi

One person was killed and at least 12 others, including women and children, were injured when indiscriminate rocket shells fell on a condolences tent in Bouhdima district of Benghazi.

Local sources said the shells were fired from Majouri district, in memory of one of the so-called Dignity Operation members, killed in the war on Tripoli.

During the last three years, hundreds in Benghazi have been victims of the indiscriminate shooting, due to the deterioration of the security situation and instability in the city.