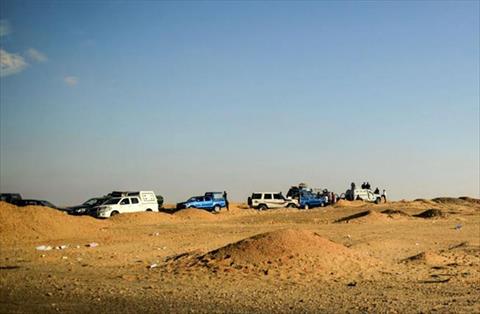 Sudan ordered the closure of its borders with Libya and Central African Republic on Thursday over security concerns, the country’s ruling body announced, the first such decision since the fall of autocrat Omar al-Bashir.

The decision was taken by the civilian-military sovereign council at a meeting in Niyala, the capital of South Darfur state, a statement by the ruling body said.

“The sovereign council, in a meeting with the government of South Darfur, ordered the closure of the border with Libya and Central African Republic as it threatened the security and economy of the country,” the statement said.

In recent years, media reports have claimed that many rebels from Sudan’s war-torn region of Darfur had crossed into Libya to build up their military capabilities, with some joining Saudi-backed Libyan warlord Khalifa Haftar’s forces.

Darfur fell into widespread conflict in 2003 when ethnic minority rebels took up arms against the Arab-dominated government of Bashir, who was toppled in April this year.

Tens of thousands of people have been killed in the years-long conflict in Darfur and more than two million displaced, according to the United Nations.

The overall violence has eased in recent years in Darfur, but there are reports that African migrants regularly cross into Libya through the vast and arid region.

Sudan lies at the heart of migratory routes that connect East and West Africa to the Mediterranean and Europe.

Thousands of African nationals attempt to reach the Mediterranean through Sudan every year with a plan to ultimately reach European shores.

The witness did not specify which countries received the equipment, or whether the supplies included weapons.

But there have been allegations that Bashir’s regime had supplied weapons to rebel groups in Central African Republic.

The poor and largely lawless CAR has been struggling to recover from the bloodshed that broke out when then president Francois Bozize, a Christian, was overthrown in 2013 by mainly Muslim Seleka rebels.

Earlier this year, the CAR government and 14 armed groups signed a peace agreement negotiated in Khartoum.

Bashir was ousted by the army on April 11 after months of protests against his three-decade rule.