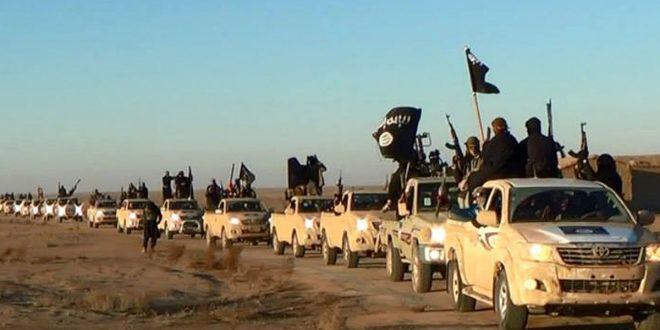 US military announces killing 11 gunmen in Libya by air strike

US forces killed 11 gunmen suspected to be Daesh members during a second airstrike near the southern Libyan city of Murzuq in less than a week, the US military announced on Wednesday.

The US military’s attack on Tuesday came after another attack on 19 September, which Washington said it killed eight other suspected gunmen.

The Director of Operations in the US African Command (AFRICOM), Major General William Gailer, said in a statement that “the raid was carried out to eliminate Daesh terrorists and prevent them from launching attacks against the Libyan people.”

Some Daesh fighters withdrew to the south towards the Libyan Desert, where the group lost its stronghold in the coastal city of Sirte at the end of 2016.

The United States said it would not allow extremists to take advantage of the conflict between eastern and western factions around the capital Tripoli to protect themselves.

Troops stationed in the east, led by Khalifa Haftar, launched an offensive to take control over Tripoli in April, hindering UN-led mediation plans to reach a political settlement in Libya.