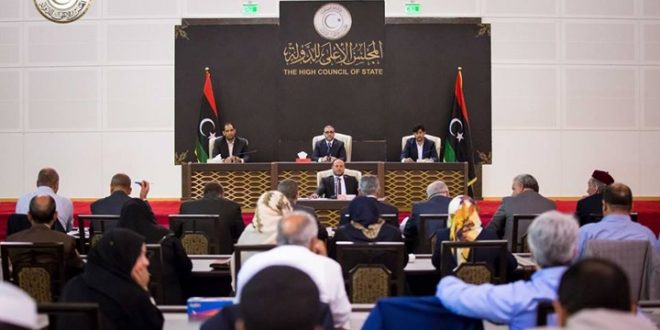 The High Council of State (HCS) in Libya has issued a statement condemning the abduction of its member Mustafa Al-Treki from in front of his house in Matrad area in west of Al-Zawiya city by “masked” gunmen loyal to Khalifa Haftar’s forces.

The statement has called on all Libyan authorities in the area of the kidnapping incident to do their best to depict the place which the kidnapped HCS member was taken to.

The HCS said the kidnappers of Al-Treki are fully responsible for his safety and security, adding that this is not the first time an official is abducted by armed groups and outlaw gunmen, referring to abductions happening to other government officials in the past years.

“This is a dangerous threat to the efforts to make Libya a free and democratic as well as civilian state.” The statement reads.

Al-Treki was kidnapped Monday night by gunmen believed to be linked to Khalifa Haftar’s forces. His whereabouts are still unknown.