Home / Normal / Can Germany succeed in tackling the Libya crisis? 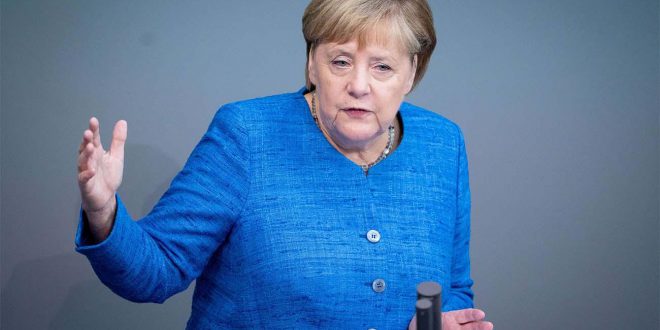 Can Germany succeed in tackling the Libya crisis?

Germany is to host an international meeting on Libya sometime before the end of October – some say before the end of the year. This is the latest attempt to find a solution to the conflict in the North African country that has been beset by unrest for almost nine years.

Berlin stepped in after almost all other mediation efforts failed to bring warring Libyans together to hold peace talks. United Nations special envoy to Libya, Ghassan Salame, had to cancel his planned peace and reconciliation Pan-Libyan conference last April as armed conflict, suddenly, erupted over control of Tripoli. The Libyan National Army (LNA), led by Field Marshal Khalifa Haftar, launched a surprise offensive against an array of militias, nominally allied to the UN recognised Government of National Accord (GNA). Five months later and the battle is all but stalled after hundreds were killed, thousands were displacing and extensive destruction has been caused.

Could Germany succeed where others, including France and Italy, have failed? Salame certainly hopes so and he sees some narrow window of opportunity. In his last report to the United Nations Security Council, Salame complained about violations of the council’s most important resolutions on the country. Resolutions 1970 and 1973, adopted respectively in February and March 2011, prohibit arms transfers to Libya but many countries, according to Salame, keep sending arms and ammunitions to Libya’s warring sides. Arms availability, technical help and funding have been largely blamed for the continued fighting in the country. The LNA’s 4 April attack failed to penetrate the capital while maintaining its siege. This only reinforced Salame’s belief, shared by many countries, that a military solution is almost impossible.

Over the last eight years, particularly from 2015 onwards, the war in Libya has become a proxy battle between Egypt, the United Arab Emirates and Saudi Arabi supporting the LNA while Turkey and Qatar are helping its rival the GNA.

Germany, a major European Union country, is more likely to succeed if the international community is willing to support its efforts. Berlin objected to the NATO military intervention in Libya in 2011 that led to the destruction of the country while toppling the late Muammer Gaddafi’s government. Berlin has so far remained neutral and refrained from playing a role in the conflict while going along the EU’s common policy towards Libya. Indeed, Berlin recognises the GNA, just like many other countries, as the only legitimate government of Libya but never sides with any of its different protagonists. Martin Kobler, a former German diplomat, was the UN envoy to Libya before Ghassan Salame replaced him in June 2017. It was Kobler who helped install the GNA in Tripoli, after it was operating out of Tunisia in March 2016.

Berlin is seen, by many Libyan observers, as impartial to the conflict, unlike Paris and Rome who are accused of supporting the LNA and GNA respectively. Paris hosted an international conference on Libya in May 2018, but failed to deliver any workable roadmap. Italy responded by hosting its own conference in Palermo, Sicily, in November of the same year but again failed to bring peace to Libya. The two countries then co-chaired a ministerial meeting in New York last week, seen as preliminary consultation for the Berlin meeting.

Salame is certainly counting on the new German role, particularly in bringing the international community to stand together on the arms embargo and forcing regional countries to stop interfering in the Libyan crisis. What he really wants is a commitment to stop arms flow, suspension of none humanitarian assistance and above all leaving the mediation efforts to the UN in accordance with a dozen UN resolutions.

Germany also has good reason to try to stabilise Libya. Libya, after all, is one of the main routes illegal migrants take in their effort to cross the Mediterranean, to reach Europe and many of them settle in Germany after landing on Italian shores.

But convening a successful meeting on Libya is not an easy job. Much depends on who is invited and the kind of agenda being discussed. The Germans have, so far, kept tight-lipped about the agenda.  Much of the success depends on the active participation of regional countries including Egypt, the UAE, Turkey and Qatar.

GNA Prime Minister Fayez Al-Sarraj, in his speech before the UN General Assembly last week, repeatedly accused Haftar of war crimes before labeling him as the aggressor vowing not to meet with him. This kind of language does not help the German initiative.

Surprisingly though, Field Marshal Haftar replied by reiterating his commitment to dialogue but only after all militias leave the capital. GNA cannot accept this because it means parting with those groups who help keep it in power while keeping LNA forces away from Tripoli.

It is not yet clear if major powers like the United States, Russia and the United Kingdom are willing to back the German plan. The New York meeting, in which the three countries took part, did not issue any statement indicating differences among the major powers. Of course, Libya will continue to be the victim whenever world powers disagree about its future. At the end of the day, though, it is the responsibility of Libyans themselves to come together and salvage their country before it is too late. Outsiders would not be able to interfere unless some Libyans are receptive to such interference.