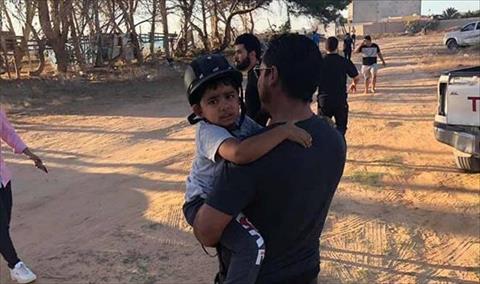 The United Nations Support Mission in Libya (UNSMIL) said it was appalled by an airstrike conducted by Khalifa Haftar’s forces, targeting the Equestrian Club in Tripoli’s Janzour neighbourhood.

“The airstrike, which took place today in the afternoon, reportedly injured a number of innocent children and caused damage to the Club’s facilities.” It added.

UNSMIL indicated that it had dispatched an assessment mission to identify the targeted site and the nature of the attack.

Five children were injured and a number of horses were left either killed or injured due to the airstrikes by what was described by GNA forces as “UAE warplanes backing up Haftar’s forces” on the Equestrian Academy and Track in Janzour.

“The assessment mission was able to confirm that a fighter jet dropped four unguided bombs on the Equestrian Club, a civilian facility, and that neither military assets nor military infrastructure were observed at the targeted site.” It reported.

UNSMIL also condemned in the strongest possible terms Haftar’s forces horrific attack, and reiterated that attacks against civilians and civilian infrastructures constitute a grave violation of international humanitarian and human rights law and may constitute a war crime.

“UNSMIL will share the information and evidence gathered during today’s assessment mission with the Security Council, the Panel of Experts and other relevant international entities.” The statement explained.