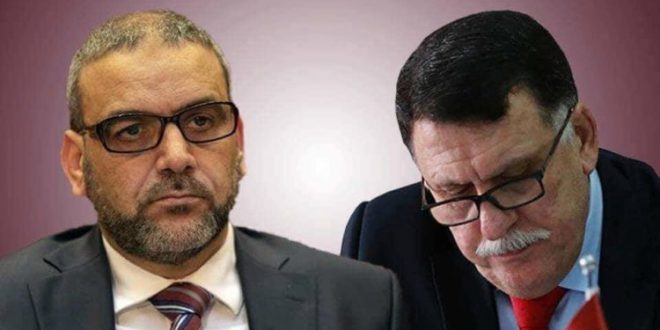 The Head of High Council of State (HCS) Khalid Al-Mishri has called on the Head of Presidential Council Fayez Al-Sirraj to request a military no-fly zone in Libya from the Security Council.

Al-Mishri said in a letter sent to Al-Sirraj that the crimes are continuing in Libya by the attacking forces led by Khalifa Haftar as the UNSMIL and foreign embassies suffice with only worded statements of condemnation without real work on the ground to protect civilians.

“The killing of three girls and injury of their mother and sister as well as the destruction of their house by the airstrike of Haftar’s warplanes need us to take strict measures inside and outside Libya urgently.” Al-Mishri said.

He stressed that the majority of the warplanes used by Haftar’s forces are from foreign countries supporting Haftar in his attack on Tripoli, so the Security Council should take up its responsibility by imposing a no-fly zone in Libya.

“The silence of the International Community is encouraging Haftar’s forces to repeat their crimes over and over again, which will deteriorate the humanitarian, economic, political and social statuses in Libya.” Al-Mishri added.