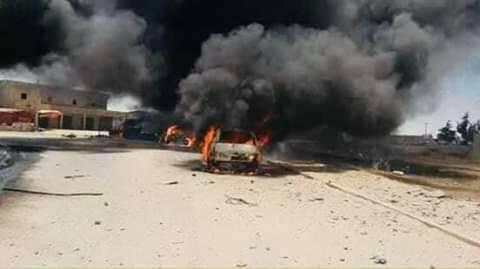 Scores of deaths and injuries from Khalifa Haftar’s forces – 9th Brigade – were documented by social media footage after heavy clashes in southern Tripoli between Haftar’s forces and Libyan Army forces under the command of the Presidential Council’s government.

The Special Deterrence Force said it had destroyed military vehicles for Haftar’s forces and seized others in today’s clashes, which led to the killing of five Libyan Army fighters.

The Libyan Air Force carried out four airstrikes on fighting frontlines and other strikes in the vicinity of Tripoli Airport on Wednesday.

Reinforcement of fighters and military might is still reaching the frontlines in southern Tripoli, which hints at continuation of heavy clashes that started on Monday and is still ongoing.