Home / Normal / Grand Mufti: Libya has the right to launch tit-for-tat attacks on the UAE 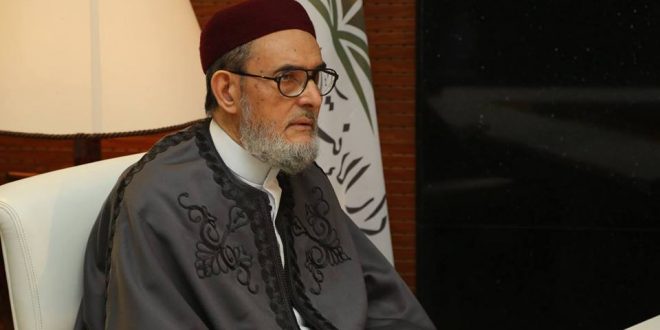 Grand Mufti: Libya has the right to launch tit-for-tat attacks on the UAE

Grand Mufti Sheikh Al-Sadiq Al-Gharyani said Libyans have the right to defend themselves from the UAE’s brutal air raids on civilians and infrastructure in Libya, urging the Libyan government to look for anti-UAE allies to curb its evil.

Reacting to Tripoli’s Furnaj massacre by warlord Khalifa Haftar’s UAE-backed air force, the influential Mufti asked the Libyan authorities “Why don’t we forge an alliance with a country that is hostile to the UAE to bomb its airports as it does in Libya?”

Speaking on his weekly Fatwa program on Tanasuh TV on Wednesday, the Mufti said complaining to the United Nations Security Council about the UAE attacks on Libya won’t be useful because France, a permanent member in the UNSC, is also attacking Libya by providing weapons and logistic support for warlord Khalifa Haftar in his war on Tripoli.

The UAE is taking warlord Khalifa Haftar’s side in the Libyan conflict, sending him money, weapons and mercenaries to kill his opponents on the pretext of fighting terrorism.

The latest victims of their air raids in Tripoli were three young girls from one family. Their mother and fourth sister were flown to Italy for treatment suffering from critical injuries.