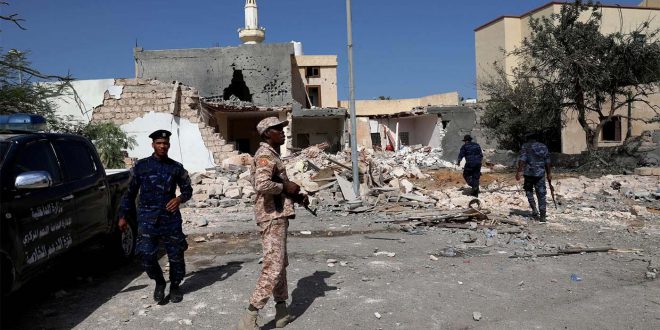 Human Rights Watch said Saturday that the airstrike by the “Libyan National Army (LNA)”, on a home in a residential area of Tripoli on October 14, 2019 that killed three girls and wounded their mother and another sister, is an apparent violation of the laws of war.

“This attack on civilians is one of many that require an impartial and independent investigation to attribute responsibility and hold those responsible to account.” Human Rights Watch said.

Under the command of Khalifa Haftar, the armed forces and affiliated forces have conducted a series of air strikes that resulted in civilian casualties.

He added that there is a dire need for an independent UN investigation to attribute responsibility for these airstrikes and ensure justice for war crimes and compensation for the victims’ families.