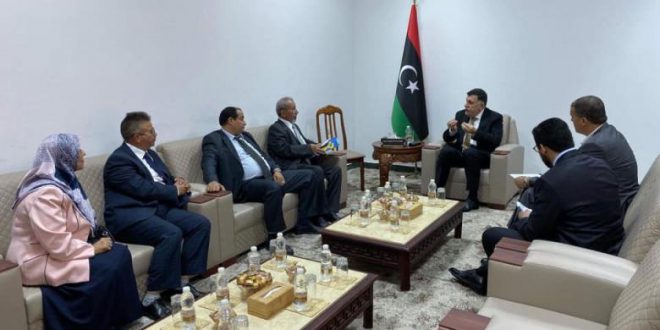 The Presidential Council’s head, Fayez Al-Sarraj confirmed that they have reached an agreement with the Tunisian authorities to develop the procedures running the Ras Ijdir crossing-border and to solve all problems that hinder the passenger’s movement.

Al-Sarraj’s remarks came during his visit to Zuwara city on Sunday, where he met with the mayor and members of the municipal council and listened to the problems facing the municipality in a number of service facilities.

He also emphasized the government’s determination to implement the decentralization system, gradually, according to deliberate steps, reiterating that the municipalities are better able to touch the needs of citizens, according to the PC head Media Office.