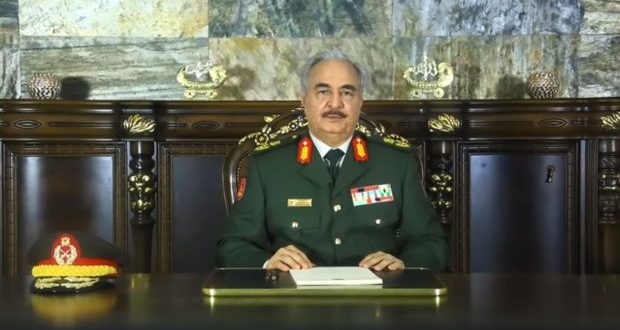 Amnesty states in their report that Khalifa Haftar’s forces carried out indiscriminate airstrikes on detention centres and residential areas, as well as targeting medical facilities and Mitiga airport – the only operational airport in Tripoli. They also state that ground and air strikes on Tripoli have been both disproportionate and indiscriminate, showing total disregard for civilian lives, and as such, should be deemed as unlawful and potentially as war crimes.

Human Rights Watch, also argue that Khalifa Haftar and his forces have repeatedly shown disregard for civilian lives with their attacks against civilian infrastructure. They have stipulated that there is a dire need for an independent UN investigation to attribute responsibility for these airstrikes, and ensure justice for war crimes and compensation for the victims’ families.

The international judicial body with jurisdiction over investigating crimes of genocide, war crimes, and crimes against humanity is the International Criminal Court (ICC).

On 26 February 2011, the United Nations Security Council, by unanimous vote, referred the investigation of human rights violations in Libya to the ICC.

The starting point for this investigation is 15 February 2011, when the Libyan revolution first erupted. On 3 March 2011, the prosecutor of the ICC announced he would open an investigation into the situation in Libya, and that mandate for the ICC to investigate war crimes is still valid until today.

Since March 2011, the ICC has issued five arrest warrants against Libyans. One of those warrants was for Colonel Gaddafi, who was killed 20 October 2011. Among the four others, is Gaddafi’s infamous son, Saif al-Islam, who is believed to be imprisoned in Libya, as well as his Security chief, Abdalla Senousi who is imprisoned in Tripoli.

In April 2013, the ICC issued the warrant for Al-Tuhamy Khaled, a former head of security in the Gaddafi regime who is believed to be somewhere outside Libya.

Lastly, in August 2017, an ICC warrant was issued for Mahmoud el-Werfalli, a special forces commander under Haftar, who has been documented in video footage carrying out summarily killings of blindfolded civilians, mainly in Benghazi.

But the crimes committed by Haftar’s forces during the current assault on the Libyan capital, have surpassed all those of previous years.

The abuses highlighted by these international human rights organisations are just a glimpse of a repeated pattern of targeting civilians, residential areas and facilities by Haftar’s forces during the current war on Tripoli.

The recurring pattern of attacks debunks any claims they are accidental, exposing them as a deliberate tactic, possibly to invoke a backlash and anger by the population of Tripoli against the UN recognised Government of National Accord (GNA), which is ultimately responsible for protecting the population.

There are four main events in Haftar’s current offensive on Tripoli that are well documented, and that constitute war crimes: The killing of tens of civilians including women and children, the deliberate repeated targeting of field hospitals in which over 30 doctors and medical staff have been killed, the targeting of residential homes, and the bombing of civilian facilities, including repeated air and ground strikes against Tripoli’s Mitiga airport and detention centres.

It is also essential to note that even before the current assault on Tripoli, Haftar has been responsible for a catalogue of crimes, especially in the east of Libya.

These include massacres and cold blooded killings of civilians, such as on 26 October 2017, when 36 bodies of dead civilians – some with signs of torture and gunshot wounds – were found in Al-Abyar, an area controlled by Haftar’s forces located 70km east of Benghazi.

On 30 October 2017, air strikes on Libya’s eastern city of Derna resulted in the deaths of 16 civilians – most of the victims, including 12 children, were from the same extended family.

There is also video footage of Haftar defending and even justifying such crimes, as well as him telling his fighters not to bring back any prisoners of war alive.

This caused a major uproar and prompted HRW to warn Haftar that he may be implicating himself in such crimes. The organisation then released a detailed statement, warning that by issuing statements justifying these barbaric acts, the LNA leadership is implicating themselves in what appear to be war crimes.

Since 2014, fighters affiliated with Haftar, or under his command have left a well-documented record of torturing and summarily executing civilians. The bodies of opposition fighters captured by Haftar’s forces as prisoners of war have also been returned to the Libyan Red Cross organisation showing signs of torture.

While there are so far no reports of Haftar’s fighters caught by the GNA as prisoners of war being subjected to torture or harm, the ICC should of course investigate all those suspected of war crimes, whichever side they belong to.

Some Haftar supporters have argued that he is not personally involved in committing war crimes and that culpability lies only with some fighting on his side. But ultimately, responsibility for war crimes perpetrated by subordinates of any force lies with their most senior commander.

The UN, through the ICC is ultimately responsible for investigating such war crimes in Libya, and there are very solid grounds for it to investigate Haftar’s role.

The ICC and the international community ill afford to continue ignoring the overwhelming evidence for Haftar’s liability.

His indictment will depend very much depend on the boldness of the ICC. The crimes Haftar is implicated in far exceed the actions of some of those five Libyans already sought by the ICC.

The case against him is overwhelming, and any failure to bring him to justice will reflect badly on the international community, and ultimately on the integrity of the ICC.