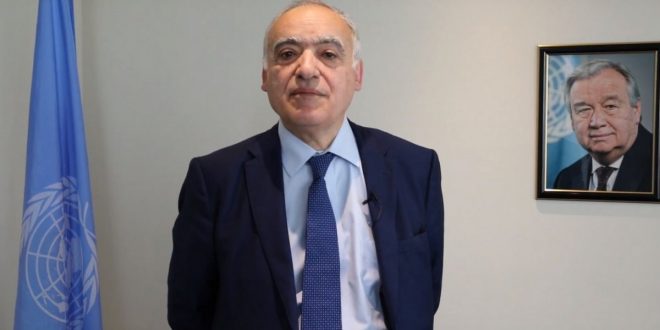 The UN envoy to Libya, Ghassan Salame has said that the mission had handed over all information related to the bombing of civilian targets, hospitals, schools, and airports to the UN Security Council, the Committee of Experts on Libya, and the International Criminal Court.

In an interview with Al-Araby TV channel, Salame denied providing Haftar’s forces with the coordinates of the field hospitals in order to avoid bombing them, stressing that such information is totally baseless and has been fabricated, as he put it.

He added that the Security Council is divided on Libya, explaining that it had met 14 times since the start of the aggression on Tripoli on April 4 without agreeing on a single resolution that calls for an end to the fighting.