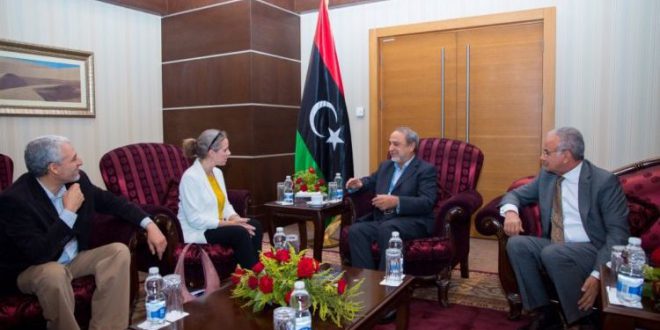 The ex-Head of High Council of State Abdelrahman Al-Sweihli met Wednesday with the deputy ambassador of the United Kingdom in Libya.

Al-Sweihli said on Twitter that he had assured the British diplomat that defeating the attacking forces who are leading an offensive against Tripoli is an important condition to reaching a solution to the conflict.

“The success of Berlin conference is tied to undermining the influence of the countries supporting the criminal Haftar.” He tweeted.

He Al’s added that there shouldn’t be also any attempts to share power by the elite as previous times as it would complicate the crisis.