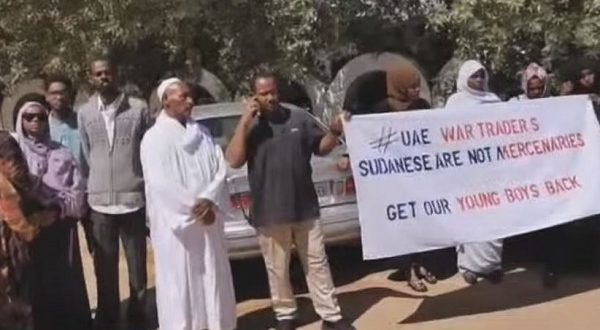 Heavy clashes have been reported between the army of the internationally-recognised government of Libya and renegade military commander Khalifa Haftar’s forces on the outskirts of the capital Tripoli.

Nearly seven months after Haftar launched an offensive on Tripoli, the war has produced a surge in foreign support on both sides, but few major incursions, locking a country split between rival camps for five years into deeper polarisation.

Leaders on both sides appear to be ruling out a compromise.

Pro-government fighters, talking to Al Jazeera in the Sabratha region, said a no-fly zone should be imposed by the international community to support government forces in the war.

“We want the government to provide us with an air defence system and advanced weapons and demand United Nations to impose a no-fly zone. If that happens, we can defeat Haftar’s forces in a matter of days,” Mohamed Kamal, a pro-government fighter, told Al Jazeera.

“Their ground forces are not very strong but they have foreign fighter jets.”

Haftar has said he is willing to seek a political solution but only once the capital is rid of the armed groups that provide the Tripoli government with its core support – effectively ruling out dialogue.

”We hope this war ends today, but the political leadership clarified that for talks on a ceasefire, the invader should return to where he came from,” Osama Jweili, the top military commander of forces aligned with the internationally-recognised government in Tripoli, said in an interview.

Forces on both sides are drawn from locally-based armed groups that have made up Libya’s shifting alliances since the NATO-backed uprising that overthrew Muammar Gaddafi in 2011.

Those fighting with the Government of National Accord (GNA) in Tripoli were often at odds before this year’s war mobilised them against Haftar, who they accuse of seeking to return Libya to one-man rule.

‘We want a civilian state’

Mohamed Ali, another pro-government fighter from Sabratha, told Al Jazeera: “Our cause is the cause of all free Libyans who reject dictatorship and a totalitarian regime. We just want a civilian state. This is what we have been fighting for since 2011.”

Haftar’s Libyan National Army (LNA), linked to a parallel government, has extended its reach through tenuous local alliances, and long struggled to control parts of the east despite support from abroad, primarily from the United Arab Emirates (UAE) and Egypt.

Reluctant to engage in full-blown combat and risk heavy casualties, both sides have looked to foreign backers to turn the tide in their favour around Tripoli by deploying drones with precision-guided missiles.

Life in central Tripoli continues largely as before. But scores of civilians have been killed and wounded as both sides have tried to pick-off targets in residential areas, often using inaccurate, decades-old rockets and artillery, rights group Amnesty International said in a report last week.

Wary of foreign meddling, many Libyans have lost hope the conflict can be resolved internally.

An international conference on Libya is expected by the end of the year, but Western diplomats say the aim is limited to trying to persuade the UAE and Egypt, as well as Turkey, to de-escalate so as to limit the risk of renewed hardliner violence, a recovery of refugee smuggling networks, and the disruption of regional oil supplies.