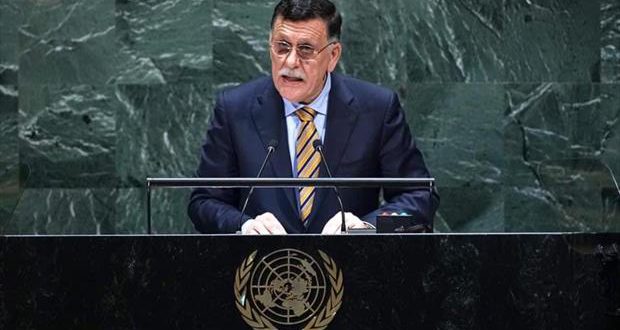 The Libyan Presidential Council of the Government of National Accord has condemned in the strongest terms the “terrorist airstrikes” againt the Interior Ministry’s headquarters in Tripoli on last Thursday by Khalifa Haftar’s forces.

The Presidential Council said on Friday that the airstrikes were part of the systematic attacks by Haftar’s forces againt state institutions and civilian targets, including previous attacks on Mitiga and Misrata airports, schools, government institutions, hospitals and residential neighborhoods, which all led to killing and injuring several people.

The attackers of Tripoli are using such airstrikes to destabilize the capital so they can advance and enter it then seize power by force without any regard to the lives and properties of the people living in it.

The Presidential Council blamed the UNSMIL for the consequences of these airstrikes and violations, calling on it to fulfill its promises and send these cases for sanctions at the Security Council and to take deterrent measures to stop those criminal attacks.

It also urged the Security Council of the United Nations to hold to account the countries supporting Haftar as they are “fully responsible for these violations.”