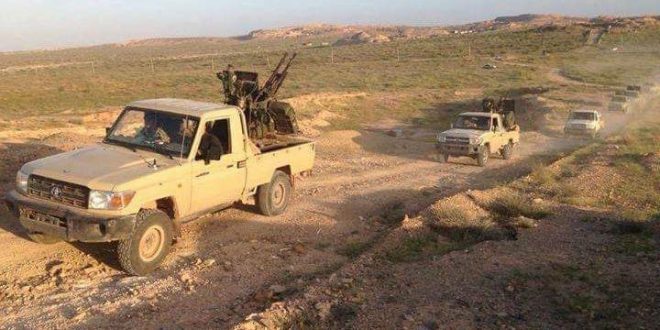 Security sources from Sabha have reported skirmishes in the area of Mansheya and an attack on a military checkpoint belonging to so-called battalion 128, loyal to Haftar, near Al-Qadisiya Square, on Saturday night.

According to the sources, gunmen set a military vehicle on fire and attacked members of the battalion, noting that no death casualties were reported.

In the same context, the media office of Sabha Medical Center has denied widespread news on social media platforms saying it had received no casualties related to the incident.

Meanwhile, local residents said several inmates have managed to escape from a prison guarded by the battalion 128 with the facilitation of unknown gunmen.