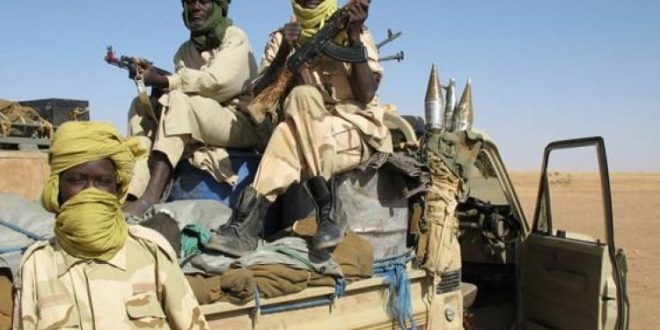 A United Nations report has concluded that Sudan and Jordan are providing the forces of Khalifa Haftar with illegal military support as he wages a brutal offensive on Libya’s Tripoli.

Confirming a previous Middle East Eye report, a UN panel of experts said around 1,000 troops belonging to the Sudanese Rapid Support Forces (RSF) militia had been deployed to Libya in July.

According to the UN report, seen by MEE, General Mohamed Hamdan Dagalo, one of Sudan’s most powerful men and deputy chairman of its ruling Sovereignty Council, is responsible for the deployment and therefore in breach of the international arms embargo on Libya.

Dagalo, commonly known as Hemeti, heads the RSF, a notorious militia once known as the Janjaweed that had a bloody role in the Darfur conflict and is accused of killing over 100 peaceful protesters in Khartoum in June.

The Sudanese troops are reportedly stationed at al-Jufrah, a strategic LNA-held air base recently bombed by Turkish drones.

In April, Haftar launched an assault on the Libyan capital, held by his rival, the UN-recognised Government of National Accord (GNA).

Though he had previously made swift progress in Libya’s south, the Tripoli offensive soon stalemated, with neither side making significant breakthroughs in recent months.

The military support Haftar receives from the United Arab Emirates and Egypt is well known. Both countries’ air forces have flown sorties on his behalf and the LNA is fighting with a number of UAE-donated drones.

However, the UN report sheds light on the level of support received from Sudan and Jordan.

As MEE reported previously, the RSF’s involvement followed a $6m agreement signed in Khartoum on 7 May between Hemeti, then deputy head of the ruling military council, and Canadian lobbyist firm Dickens and Madson, which has links to Haftar.

In the deal, the company said it would “strive to obtain funding for your council from the Eastern Libyan Military Council in exchange for your military help to the LNA”.

The UN experts said they were unable to ascertain whether the deployment was a direct consequence of the deal.

The panel “continues to investigate” Dickens and Madson’s “direct role, if any, in the initial RSF deployment”, the UN report said.

According to the report, the majority of military transfers to Haftar’s forces were from Jordan or the UAE, which the UN experts say escalated the conflict.

“In response to these illicit transfers by Jordan and the United Arab Emirates, the GNA approached Turkey, who soon supplied the [GNA armed forces] with military material,” the report said.

“We have a military cooperation agreement with Libya. We are providing to them if they come up with a request, and if they pay for it. They really had a problem in terms of defence needs, equipment,” Erdogan told a group of journalists.

“Egypt and the UAE’s [Crown Prince] Mohammed bin Zayed are supporting Haftar’s forces. They were very strong in terms of equipment and drones. Now there is a balance after the latest reprisals. We will update the security agreement we have with Libya.”

The UN report noted that Turkey, too, was therefore breaking international law.

The constant flouting of UN Security Council Resolution 1973, which placed Libya under an arms embargo as its civil war erupted in 2011, is bemoaned by the experts in their report.

“Jordan, Turkey, and the United Arab Emirates, routinely and sometimes blatantly, supplied weapons, with little effort to disguise the source,” the report said.

Highlighted by the report is the sale of Emirati offshore patrol vessel (OPV) Al Karama, a ship that classifies as military equipment.

“The supply chain for the vessel was kept deliberately opaque,” the report said.

First, it said, the sale was pre-agreed with Libyan parties before purchase by the supplier. There were changes of shipping register at each stage of the supply chain and a deliberate change of use declaration to disguise the vessel’s true purpose.

The UN report also found the final flag registry was falsely set as Panama, and while its declared destination was Alexandria, the ship arrived in Libya’s Benghazi instead.

“Since its transfer to Libya, OPV Al Karama has been refitted with the weapons systems it was originally designed to carry, (i.e. one 40mm cannon and two 20mm cannon),” the report said.

However the experts said they found the reply “lacked the depth of detail requested”, concluding that Universal Satcom Services F.Z.E. and its owner broke the arms embargo.