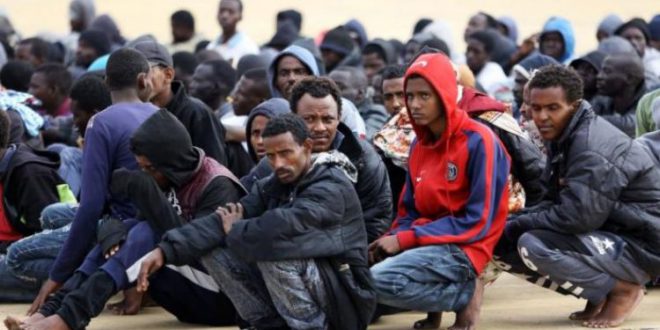 On 11 November 2019, Amnesty International and Human Rights Watch submitted a joint third-party intervention to the European Court of Human Rights in a case involving Libya’s abuses against migrants during operations at sea and upon return to the country in November 2017.

In the case of S.S. and others v Italy (no. 21660/18) applicants are seeking justice before the court, claiming that Italy breached its obligations under the European Convention on Human Rights by cooperating with Libya to enable its coast guard to intercept people at sea and take them back to Libya. The applicants have told the court that people returned to Libya are routinely exposed to torture and other abuses in Libya, including through their routine containment in detention centers, where they are held arbitrarily.

In 2012 the European Court of Human Rights, ruling in the case of Hirsi Jamaa and Others v. Italy (no. 27765/09), found that Italy’s practice of intercepting migrants at sea and forcing them to return to Libya had violated the European Convention on Human Rights, including the prohibition on returning people to countries where they face risk of human rights abuses. Since then, Amnesty International and Human Rights Watch have consistently documented the ongoing human rights abuses against refugees, asylum seekers and migrants in Libya, and condemned the EU’s, including specifically Italy’s, cooperation with and support to Libya in ways that has led to the prolonged arbitrary detention and abuse of people in Libya.

The joint intervention makes the case that Italy plays a decisive role in supporting and influencing Libyan migration control to pursue the same policies of intercepting migrants and sea and returning them to Libya, that the court condemned in 2012. Amnesty International and Human Rights Watch argue that Italy shares responsibility for human rights violations that result from maritime operations by Libyan authorities that are carried out employing unnecessary or disproportionate force or that end in people being returned to abusive conditions. The intervention also provides updated findings on the inhumane conditions for refugees and migrants in Libya and the abuses committed or tolerated by Libyan authorities.

While fully aware of the situation, Italy, together with other EU member states, has offered support to Libyan authorities in order to contain people in Libya, without conditioning this support on measures to prevent serious human rights violations, such as closing the detention centres and releasing the thousands of people unlawfully detained. On the contrary, aid to the Libyan Coast Guard to return people intercepted at sea to indefinite detention in Libya, continues unhindered.

This case provides a crucial opportunity to secure accountability under the European Convention for Italy’s substantial role in shaping Libya’s border and migration control policy. Italian and broader EU support to Libya is instrumental in enabling horrific abuses by Libyan authorities against refugees and migrants during interceptions at sea and upon return to Libya. It should not, as such, be without consequence.

At the core of the case are the events of 6 November 2017, when a dinghy carrying an estimated 150 people started sinking in international waters off the Libyan coast and both a rescue vessel belonging to the nongovernmental group Sea-Watch and a patrol boat operated by the Libyan Coast Guard, linked with the UN-recognized Government of National Accord, but donated by Italy, arrived on the scene. According to 17 survivors who are the applicants in the case, the Libyan coast guard obstructed the Sea-Watch 3 crew, who had begun to rescue people, by throwing objects at them, and beat and threatened the rescued, some of whom had jumped overboard during the operation.

The Libyan Coast Guard took 47 people back to Libya, where they were detained and exposed to abuses. The Sea-Watch boat rescued and disembarked a number of other survivors in Italy including 15 of the applicants in the case. An unknown number of people died, including the small children of two of the applicants.