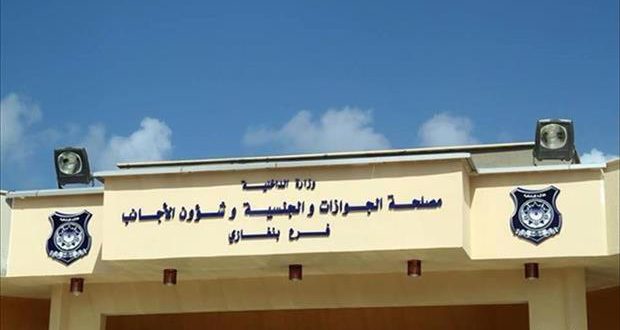 The Passports, Nationality and Foreigners’ Affairs Department in Benghazi announced on Tuesday the suspension of work after an attack on one of its employees.

“Work will be suspended after a member staff was stabbed with a knife during working hours,” a statement said.

The city of Benghazi is overcrowded with armed groups and criminal gangs and witnessing a state of chaos and insecurity, which led to violations, kidnappings and killings outside the law.