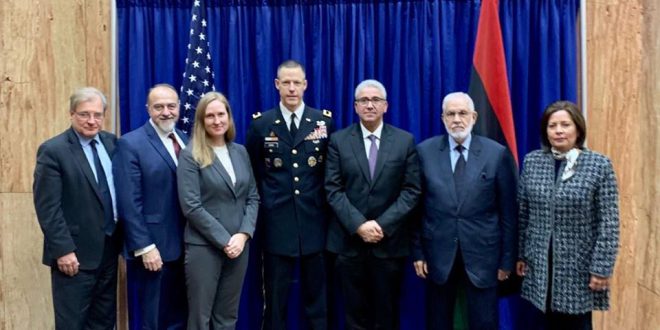 The media office of the Libyan Interior Ministry said the visit was a response to an invitation by the US government.

The meetings on Wednesday were held in Washington and attended by US State Department and Defense Department as well as National Security Council officials.

The Libyan and American officials discussed boosting security cooperation between the Presidential Council’s government and the US to achieve peace and stability and the continued partnership in fighting terrorism.

The Libyan officials also held a meeting with US Treasury officials to boost cooperation in combatting money laundering and terrorism sponsoring as well as economic crimes, including taking measures to punish the perpetrators of such crimes.

According to sources from the Libyan Interior Ministry, the US Secretary of State Mike Pompeo is scheduled to meet with the Libyan delegation to discuss the ongoing conflict in the country.