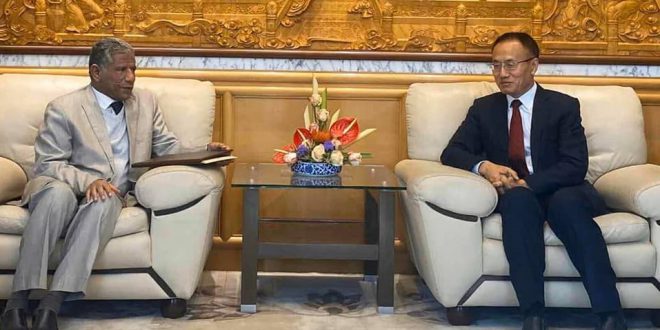 The Libyan Foreign Ministry has called on Beijing to take a stand regarding Haftar’s use for Chinese drones, supplied by the UAE in his aggression against Tripoli.

In his meeting with Chinese Assistant Foreign Minister, Chen Xiaodong, the Libyan Under-Secretary for Political Affairs, Lutfi Al-Maghribi urged Beijing to work through its Security Council membership to stop the offensive against Libya’s capital and to pressure the attackers to return to their positions before April 4.

For his part, Xiaodong expressed his country’s support for the legitimacy of the Government of National Accord (GNA). He also asked for evidence of the use of Chinese drones in the aggression against Tripoli in order to take the necessary measures.