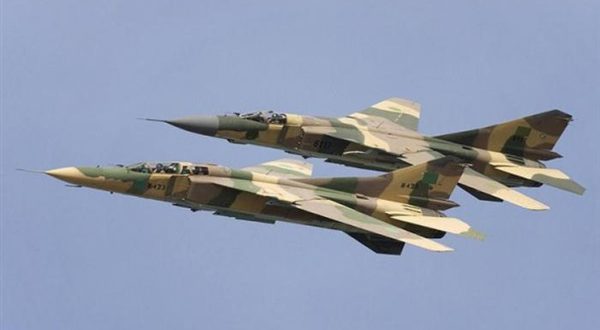 Libya‘s renegade military commander Khalifa Haftar has declared a “no-fly zone” in the skies over the capital, Tripoli, drawing a warning from the country’s internationally-recognised government.

The announcement was made on Saturday by Ahmad al-Masmari, a spokesman of Haftar’s self-styled Libyan National Army (LNA), which has been fighting for months to take Tripoli from the Government of National Accord (GNA) and its allied forces.

“Today we declare a no-fly zone, where flying is totally prohibited without prior coordination with the General Command of the armed forces,” al-Masmari told a news conference, adding that Mitiga, Tripoli’s only functioning airport, was exempt for humanitarian reasons.

The airport has repeatedly been struck during the Tripoli offensive by artillery fire and air raids blamed on Haftar’s forces, which are currently embroiled in a stalemate with the pro-GNA forces in Tripoli’s southern outskirts.

The announcement came after two unmanned aircraft – one American and another Italian – were lost near the capital last week. The LNA said it shot down the Italian drone, while the United States military has not given any reason for the loss of its drone.

In response to the LNA’s declaration, the GNA-affiliated interior ministry said in a statement that any action threatening civil aviation and airports “amounts to crimes punishable under national and international law”.

Al Jazeera’s Mahmoud Abdelwahed, reporting from Tripoli, said Saturday’s declaration was part of the tactics used by Haftar in recent times, especially after losing momentum in the months-long effort to seize the capital.

“The [no-fly zone] declaration seems ironic because they have already been targeting Tripoli’s only operational airport, Mitiga. And it comes only two days after Haftar’s forces shot down an Italian drone,” he said.

Libya has been split between rival camps based in Tripoli and the east since 2014, a result of the divisions that surfaced following the NATO-backed overthrow of longtime ruler Muammar Gaddafi three years earlier.

Osama Kubbar, a senior consultant and strategic adviser at the Qatar Strategic Studies Centre, told Al Jazeera on Sunday that Haftar was supported by several foreign powers who are vying for influence in Libya.

“Whatever is happening in Libya it doesn’t really start with any legality or with any authorisation. Haftar is basically a face front of an international coalition that is attacking Libya and attacking Tripoli and would like to impose their will and their project over Libya,” he said.

“Without having the support of France, the United Arab Emirates, Egypt and now Russia, Haftar would not be able to attack Tripoli or any other place in Libya. Many American reports are saying that there are 1,400 Russian soldiers [in Libya]. They belong to a private company or to the Russian government.”

The New York Times reported earlier this month that Russian mercenaries backing Haftar were believed to be controlled by an ally of President Vladimir Putin, an allegation denied by Moscow.

The LNA denies it has foreign backing.

Last week, the US called on Haftar to stop the Tripoli offensive and said it would back the GNA against “Russia’s attempts to exploit the conflict”.