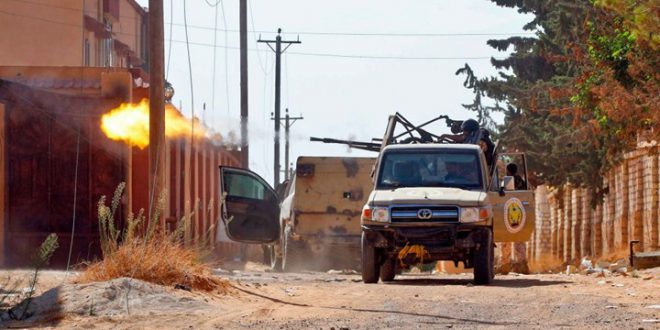 The Defence Ministry has said that statements of the spokesman for “Haftar’s militias” regarding the imposition of an air embargo, were to gain more time and raise the spirit of his “defeated” forces.

“Haftar has handed over military bases, including Al-Jufra and Al-Witya bases, in addition to military sites in the east, and other vital facilities, to foreign powers, in an aim to return the country to the dictatorship era and for killing Libyans,” the ministry stated yesterday, underscoring that the Libyan army forces are determined to repel Haftar’s aggression and will continue to fight until he is defeated.