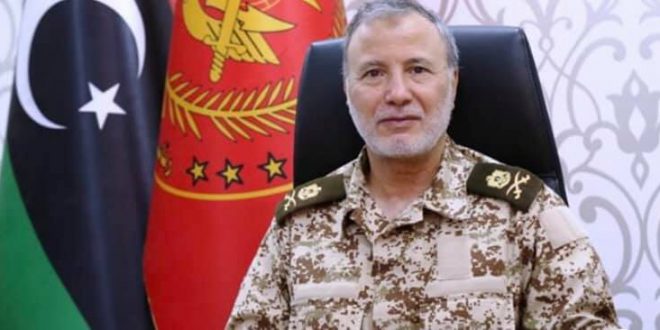 The commander of the joint operations room in western Libya, Osama Juwaili, ha warned of dubious movements that aim to destabilize the western region.

Juwaili said Monday in a statement that movements inside the western region were depicted of some “dubious figures” after their Tripoli offensive had failed and after some of them were given money and cars to help the attackers in destroying the capital.

Juwaili said his operations room and elders of tribes and cities to prevent this war from happening to keep the social fabric intact, adding that the response this time will be relentless against those advocating for chaos.

Juwaili’s statement came a day after western, coast and mountain cities’ elders had declared unity and rejection to Tripoli offensive, saying the war shouldn’t be allowed to spill over to other cities.

Several followers of Haftar’s forces arrived in western Libya lately in areas like Ajilat and Ragdaline to form armed groups to control many areas in the western region to lead an attack on Tripoli and distract the forces defending the capital against Haftar’s forces, according to observes.

Sources from Ajilat said a number of its residents assaulted a location for an armed group affiliated with Haftar’s forces on Monday, burning their ammunition that came from eastern Libya.