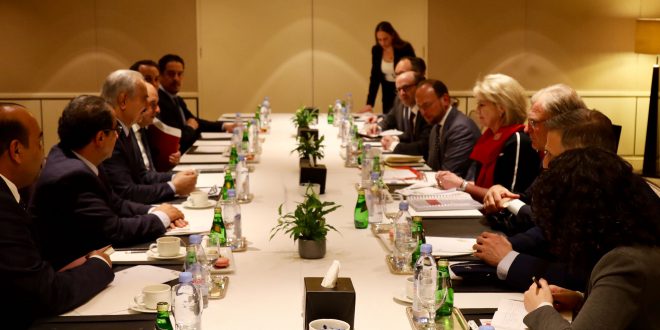 US officials have met with the commander of the Libyan National Army (LNA), Field Marshal Khalifa Haftar, discussing possible ways of resolving the conflict with the UN-backed Government of National Accord in Libya, the US State Department said in a statement.

“Senior U.S. officials met with General Khalifa Haftar on November 24 to discuss steps to achieve a suspension of hostilities and a political resolution to the Libyan conflict,” the State Department said on Monday.

“These frank discussions build on recent talks with Tripoli-based officials aiming to establish a common basis for progress between the parties on the issues that divide them, in the context of moving toward a ceasefire. These include concrete efforts to address militias and extremist elements, and the distribution of resources so they benefit all Libyans,” the US State Department emphasized.Earlier on Monday, the UN Refugees Agency (UNHCR) said that it had relocated 116 vulnerable refugees from Libya to Rwanda amid increased hostilities in Libya. The UNHCR added that it planned several additional humanitarian flights to Libya in the next few weeks.

Libya is ruled by two competing governments. The country’s eastern part is controlled by the Libyan National Army (LNA) and its western part is governed by the UN-backed Government of National Accord (GNA). Since April, the sides have engaged in a military confrontation.

Germany proposed hosting an international summit on Libya this fall in a bid to mediate between the two rival factions.