Home / Normal / We are not siding with anyone in the Libya conflict: Russian FM Lavrov 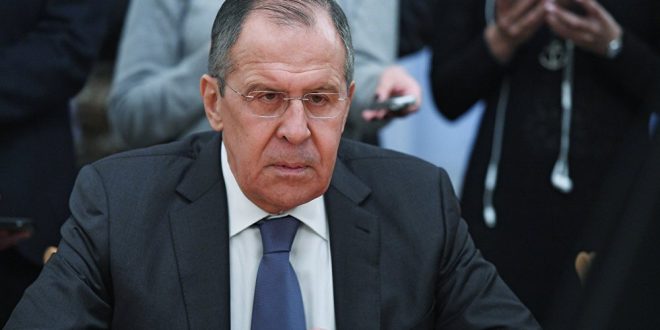 We are not siding with anyone in the Libya conflict: Russian FM Lavrov

‘‘Russia is conducting exclusively responsible politics in Libya. It is devoid of a geopolitical dimension and puts Libyan interests at the forefront. We are not siding with anyone in this conflict. Our approaches to resolving crises – be it in the Middle East or other regions of the world – invariably rely on the principle of an all-encompassing national dialogue aimed at finding trade-offs based on international law and corresponding UN Security Council resolutions.

We have more than once confirmed this position in public, including during international conferences on Libya. Our goal is to help the Libyans overcome the chaos into which their country was plunged eight years ago as a result of NATO’s illegitimate intervention, and to restore peace and security that are essential for sustainable development throughout its territory. I think this is how the future of Libya is seen not only by us, but the entire international community as well.

We presume that the uncompromising war on terrorism, which can only be eradicated through a collective effort based on the UN Charter, remains the most important component in stabilising the situation in this North African state and the entire Middle East’’.

International Relations and CooperationSecurity Situation
All
2019-12-05
asaeid
Previous With the Help of Russian Fighters, Libya’s Haftar Could Take Tripoli
Next Haftar plans to form ‘Berber Brigade’