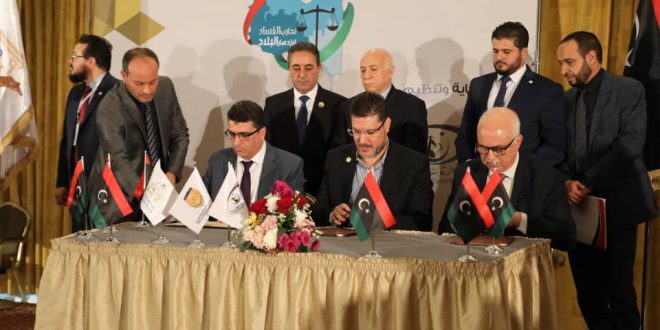 The Tripoli-based House of Representatives (HoR) announced yesterday the signing of the minutes of a joint agreement between the National Anti-Corruption Commission, the Audit Bureau and the Administrative Control Authority.

During the celebration of the International Anti-Corruption Day, HoR speaker, Sadiq Al-Kahili gave permission to the heads of the three supervisory bodies to sign the minutes of the joint agreement between them.

The supervisory bodies are to form a national team for developing a national anti-corruption strategy, according to the HoR Media Office.