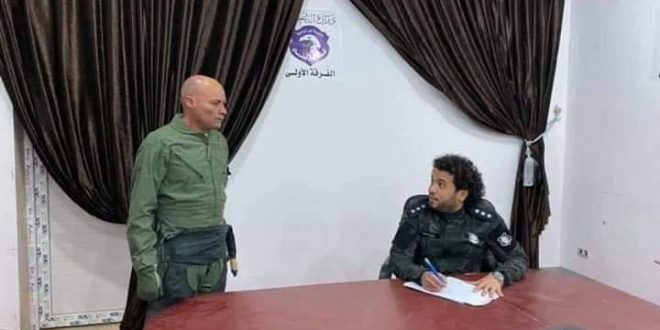 The pilot at the Air Force of Khalifa Haftar’s forces, who was detained after his MIG23 had been downed days ago, said the Russians and Emiratis are operating the battle; Russia plans tactics and UAE operates drones.

Amer Al-Jagam, who is an assistant commander of Haftar’s Air Force and commander of Al-Watiya airbase, confessed to interrogators of Volcano of Rage Operation that UAE officers operate the drone attacks is from Al-Khadim airbase in Marj – east of Benghazi – and that they have another control room in Rajma, where Haftar’s command is based.

He also admitted that he had carried out airstrikes on Benghazi, Derna, southern region and Tripoli.

Al-Jagam added that Russians had been tasked with ground battle tactics, providing technical and technological support for Haftar’s forces as they are positioned in Qasir Benghashir in southern Tripoli and Tarhouna city, adding that they did maintenance of Sukhoi aircraft and brought back to operations along with other warplanes at Al-Watiya airbase.

He indicated that airstrikes on Tajoura, Misrata, Mitiga Airports, Zuwara and others were carried out by Emirati aircraft, saying the Air Force was tasked to pave the way for the ground troops to advance but the ground fighters always failed to advance.

“The pilot who carried out Furnaj airstrike that killed three children was a Libyan national and he took off from Al-Watiya airbase.” Al-Jagam revealed.