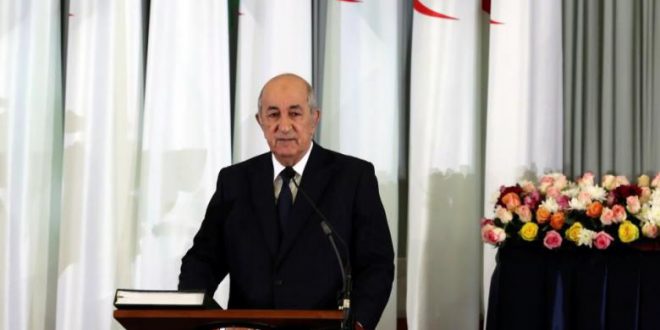 The new Algerian President Abdelmadjid Tebboune said his country won’t accept being excluded from the efforts to resolve Libya’s crisis and the efforts to stabilize Libya.

His remarks came after he took the oath as the new president of Algeria on Thursday.

Tebboune said Algeria is directly linked to all efforts that aim to stabilize Libya and it won’t accept being excluded from solutions to the ongoing conflict in Libya.

He vowed that his country will exert efforts to preserve Libya’s stability and unity, calling on all Libyans to end their conflicts and leave behind their differences to build a unified state.

Tebboune’s remarks come after neighboring countries to Libya, such as Algeria and Tunisia, have been excluded from upcoming Berlin conference on Libya.