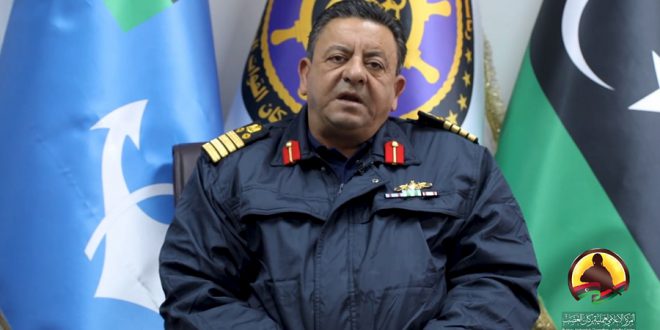 The commander of Naval Force frontline of the Volcano of Rage Operation Rida Issa said they had despatched over 370 surveillance patrols over the last few months.

Issa added that the patrols were tasked with gathering information about attacking forces and the movement of ships, saying they depicted a group that was trying to carry out missions at Al-Zawiya and Tripoli ports.

Issa added that the Naval Force patrols depicted several foreign warships as well as submarines, including one off Sirte and warships off northern Misrata, besides an electronic warfare ship from a country supporting Haftar.

Meanwhile, Issa said the signing of the MoU between Turkey and Libya isn’t an encroachment on Libyan or any other country’s sovereignty.

He said the MoU returned to Libya over 16.000 km2 in the sea that were before under other countries’ control, saying Naval Force personnel are ready to defend the Libyan resources.

Issa said days ago that Haftar’s forces were trying to seize a civilian tugboat to arm it and use it in the war on Tripoli, which is against local and international law. He vowed to target the tugboat if used in military combat.