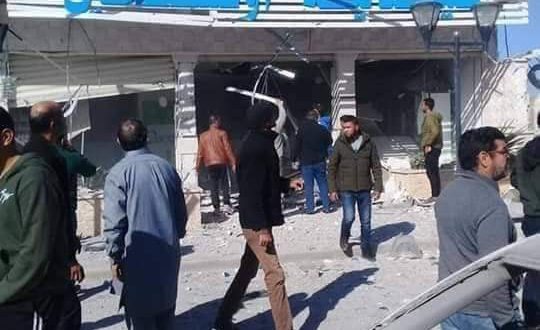 Two civilians were killed and eight injured on Thursday in an airstrike by Khalifa Haftar’s forces on north-western Libyan city of Al-Zawiya, according to local hospital officials.

Earlier on Thursday, the UN-recognized Government of National Accord (GNA) announced in a statement that many civilians were killed and injured due to an airstrike affiliated with Haftar forces, with a pharmacy and commercial shops damaged in the city, without mentioning a specific number.

Al-Zawiya is among the cities that declared public aversion to confronting Haftar forces who was leading an attack since April on the capital Tripoli in an attempt to capture it, but have so far failed to progress beyond the city’s outskirts.