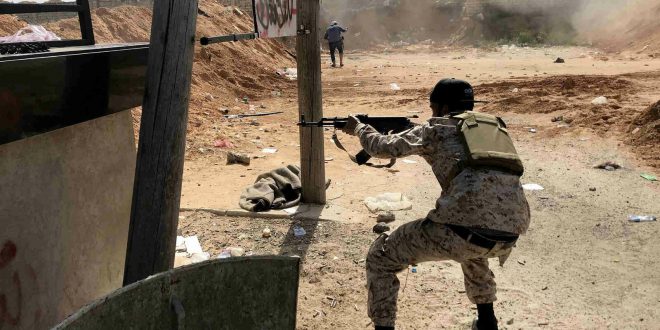 Government soldier killed in breach of ceasefire by Haftar’s militias

One government fighter was killed by hostile fire in Ein Zara frontline on Sunday in a fresh breach of the ceasefire by warlord Khalifa Haftar’s armed groups, the Libyan Army spokesman, Muhammad Qanounu, has confirmed.

“The soldier is the first martyr from the western military region to be killed after the announcement of the ceasefire on Sunday. He was targeted by anti-aircraft fire in the axis of Ain Zara,” he explained.

He reaffirmed that the army forces are committed to their command orders to preserve their positions, underscoring that they will retaliate savagely if sensing any treachery from the enemy, as he put it.