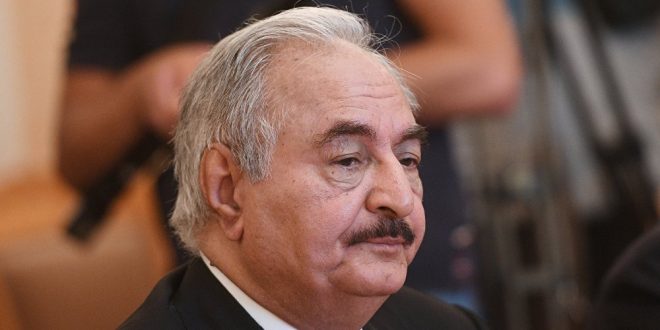 Rivals in Libya’s war have agreed to uphold a ceasefire despite rogue Libyan General Khalifa Haftar delaying signing permanent terms for the truce, the Russian defence ministry said on Tuesday.

Haftar and the head of Tripoli-based government Fayez al-Sarraj on Monday struck “an agreement in principle… to maintain the ongoing ceasefire”, the ministry said in a statement after talks in Moscow.

Haftar, who heads the self-styled “Libyan National Army (LNA)” had earlier left Moscow without signing a peace deal aimed at ending nine months of fighting with the UN-backed government in Tripoli.

Haftar said that the ceasefire agreement – which was revealed by The New Arab’s Arabic-language service on Monday – did not address his concerns.

“The draft [agreement] ignores many of the Libyan army’s demands,” he said, according to Al Arabiya.

Haftar had demanded his fighters enter the Libyan capital Tripoli – which is controlled by the GNA and under siege by the LNA – as well as the formation of a unity government.

This prompted Turkish President Recep Tayyip Erdogan to threaten to “teach a lesson” to the Libyan warlord if he resumed fighting after abandoning the talks.

“We will not hesitate to teach a deserved lesson to the putschist Haftar if he continues his attacks on the country’s legitimate administration and our brothers in Libya,” Erdogan told a meeting of his party in Ankara in a televised speech.

Erdogan said the issue would also be discussed at talks in Berlin on Sunday attended by European, North African and Middle Eastern countries, as well as the UN, EU, Africa Union and Arab League.

“The putschist Haftar did not sign the ceasefire. He first said yes, but later unfortunately he left Moscow, he fled Moscow,” Erdogan said.

“Despite this, we find the talks in Moscow were positive as they showed the true face of the putschist Haftar to the international community.”